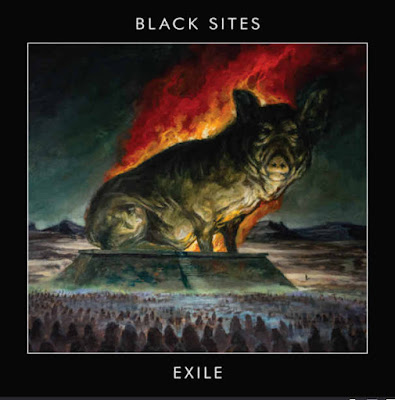 When a debut album released by a new band blows me away, I become very skeptical about their next release, as often times they disappoint me with their next outing. But 'Black Sites' seems made from a different element altogether, as their new release seems to be just as strong as their first one, with blazing heavy metal at its core and once again mixing influences from various other rock and metal genres into their music.

Colonialism is a tragic part of history for a large portion of the populace of the world (me being a part of this being a Bengali). And for a long time fiction has aimed at attempting to describe some of the emotional impact of this invasion of culture and individuality. This curiously designed short, is yet another such attempt. But, what makes this one unique is the approach and the authors skillful attempt at making the readers guess what might be the truth of the whole affair.

'Nibedita Sen' uses a series of ten bibliographic entries of a sociology paper, to try to tell a story of a fictional group of indigenous people living in a secluded fictional island and their descendants. The approach is quite unique and the different perspective of the entries from people having varied opinion creates a sense of mystery regarding the actual facts which I am quite sure the author was aiming for.

And the overall experience comes to a satisfying end, while the author aiming another jab at the invaders of the island with a message that, no matter the amount of violation and invasion a culture can never be completely destroyed.

Despite being in a unique and unorthodox package, this one is short yet enjoyable and emotionally charged story.

Link to the story -  http://www.nightmare-magazine.com/fiction/ten-excerpts-from-an-annotated-bibliography-on-the-cannibal-women-of-ratnabar-island/

Weekend Shorts (Hugo/Nebula Edition) - 'And Now His Lordship Is Laughing'

[ It's been more than 2 months, but I am back. As the nominations for both Hugo and Nebula is already out and there is not much time before the reveal of the winners, I will try to review some of the short stories and stuff from these nominations. ]

To be honest, being a Bengali myself ( I am from Bangladesh), I may not be the right person to review this one impartially, especially since the '43 Bengal Famine' is a very difficult part of history for us. But I will try to handle this from a casual reader's point of view nonetheless.

This short is a straightforward revenge story on the first glance, depicting the story of a native woman, who after losing her family tries to take to punish the ones she deems to be responsible. But the main aspect, is that the atrocities committed on this story are based on truth.

Almost 3 million people died due to the 'Bengal Famine of '43', and it is one of the most cruel man-made famine in the history of colonialism. The author did paint a vivid picture of the circumstances while adding a hint of magical realism in the context of doll making, but the main beauty lies in the emotional depiction of the main character 'Apa'. Any reader with a heart is bound to feel for her plight and would hope for some form of redemption.

The language used also deserves some praise in my opinion, as the Bengali terms used were used with such care as easily understandable by anyone.

Despite being a formulaic tale, this one left a lingering sense of sadness which will linger in a reader's mind for a long time.

Link to the story - http://strangehorizons.com/fiction/and-now-his-lordship-is-laughing/
Posted by ihate00 at 6:19 AM No comments: 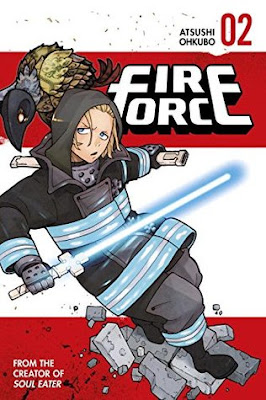 There is no doubt that the 2nd volume of 'Fire Force' is an improvement over the 1st one. The plot gets new & interesting sequences, some new characters with their own agendas are introduced, the action gets more imaginative and engaging and the overall drawing seems to have improved too.

Hi, guys, happy new year to everyone. May you all have a prosperous 2020.

For the future of my blog things have changed a bit this year.

For what still remains the same, I am still contributing to Fantasy-Faction. My latest post is regarding "2019 in anime".

But I have just started two new blogs last month.

First one is for 'Black Library' fiction, which I am loving quite a lot this days.
https://theoctedpath.wordpress.com/

Second one is regarding my childhood love 'The King of Fighters franchise', the newest android game 'Kof All Star' for which series seems to have reinvigorated my enthusiasm.
https://ihate00playskof.wordpress.com/

I will keep posting the rest of the stuff in this blog. I know it is a lot of responsibility, but I will have some free time after my exam ends in February.

Email ThisBlogThis!Share to TwitterShare to FacebookShare to Pinterest
Labels: 2020, Others, Special Feature 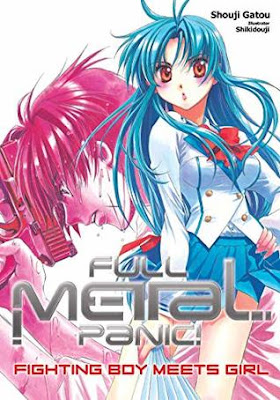 I wasn't expecting much when I started reading this series, just thought of trying out one of the old-school fan favorite light novels from the 90's as it started getting re-released. What I got was a unique young adult sci-fi experience, that had an engaging story, enjoyable humor and an interesting protagonist. Although it would have been better if the female main character hadn't been so unoriginal, the overall enjoyment shines through this and some other minor flaws. 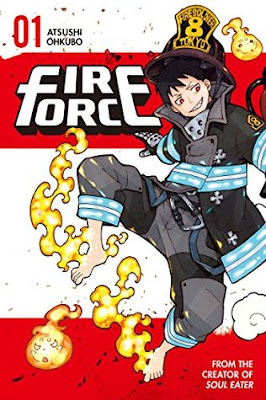 It might be due to my high expectations coming into this, but I didn't find the first volume of 'Fire Force' anything spectacularly above average. While this might not present a setting typical to battle shounens, it does seem to be drifting in that direction judging from the overall plot progression. The overly generic characters also didn't add much to the overall charm.